Dupont Capital Management Corp reduced its position in shares of Steven Madden, Ltd. (NASDAQ:SHOO – Get Rating) by 8.2% during the third quarter, according to the company in its most recent Form 13F filing with the Securities and Exchange Commission. The institutional investor owned 13,496 shares of the textile maker’s stock after selling 1,202 shares during the period. Dupont Capital Management Corp’s holdings in Steven Madden were worth $360,000 as of its most recent SEC filing.

Steven Madden (NASDAQ:SHOO – Get Rating) last posted its quarterly earnings data on Wednesday, November 2nd. The textile maker reported $0.79 EPS for the quarter, meeting analysts’ consensus estimates of $0.79. Steven Madden had a net margin of 11.22% and a return on equity of 30.37%. The company had revenue of $556.64 million during the quarter, compared to analyst estimates of $532.33 million. As a group, research analysts predict that Steven Madden, Ltd. will post 2.81 earnings per share for the current year. 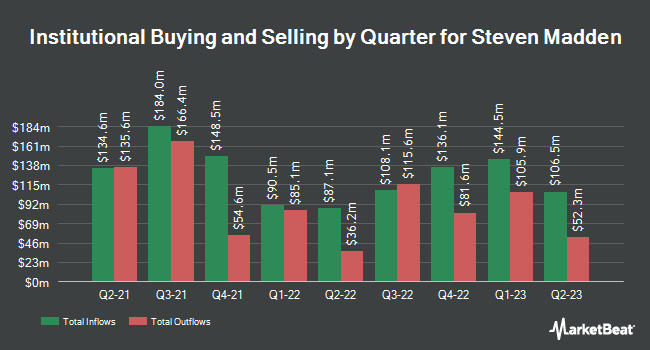