Veritas Investment Research reiterated their sell rating on shares of Cogeco Communications (TSE:CCA – Get Rating) in a report published on Monday, BayStreet.CA reports.

Cogeco Communications (TSE:CCA – Get Rating) last announced its quarterly earnings data on Thursday, October 27th. The company reported C$2.28 earnings per share for the quarter, beating the consensus estimate of C$2.15 by C$0.13. The company had revenue of C$725.45 million during the quarter, compared to the consensus estimate of C$729.90 million. Equities analysts forecast that Cogeco Communications will post 10.0299993 EPS for the current fiscal year. 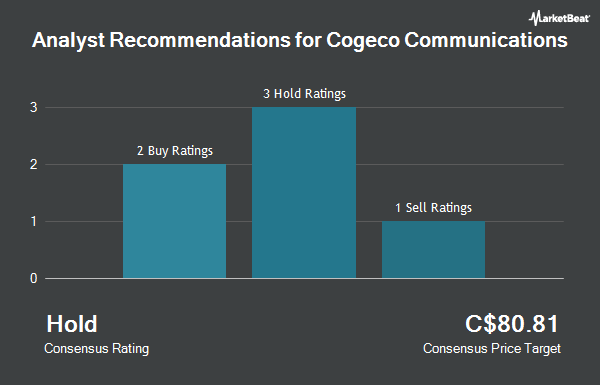 Complete the form below to receive the latest headlines and analysts' recommendations for Cogeco Communications with our free daily email newsletter: