Delta Air Lines (NYSE:DAL – Get Rating) had its target price hoisted by Raymond James from $52.00 to $53.00 in a research note issued to investors on Tuesday, Benzinga reports. Raymond James currently has a strong-buy rating on the transportation company’s stock.

In other news, EVP Joanne D. Smith sold 2,000 shares of the firm’s stock in a transaction dated Friday, October 28th. The shares were sold at an average price of $34.19, for a total transaction of $68,380.00. Following the completion of the sale, the executive vice president now owns 111,153 shares in the company, valued at approximately $3,800,321.07. The transaction was disclosed in a filing with the SEC, which is accessible through this link. Corporate insiders own 0.84% of the company’s stock. 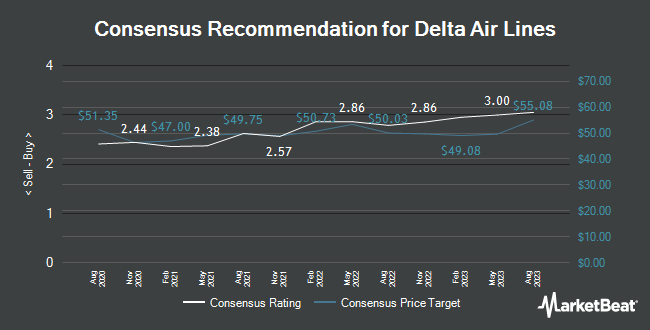