Janney Montgomery Scott LLC raised its position in Gildan Activewear Inc. (NYSE:GIL – Get Rating) (TSE:GIL) by 64.2% in the 3rd quarter, according to the company in its most recent 13F filing with the Securities and Exchange Commission (SEC). The institutional investor owned 37,125 shares of the textile maker’s stock after acquiring an additional 14,511 shares during the quarter. Janney Montgomery Scott LLC’s holdings in Gildan Activewear were worth $1,050,000 as of its most recent SEC filing.

Gildan Activewear (NYSE:GIL – Get Rating) (TSE:GIL) last announced its earnings results on Thursday, November 3rd. The textile maker reported $0.84 EPS for the quarter, beating analysts’ consensus estimates of $0.81 by $0.03. Gildan Activewear had a net margin of 19.11% and a return on equity of 32.33%. The business had revenue of $850.00 million during the quarter, compared to analysts’ expectations of $836.47 million. During the same period in the prior year, the company earned $0.80 earnings per share. The business’s revenue was up 6.0% compared to the same quarter last year. On average, analysts predict that Gildan Activewear Inc. will post 3.13 EPS for the current year.

The company also recently declared a quarterly dividend, which was paid on Monday, December 19th. Investors of record on Wednesday, November 23rd were issued a dividend of $0.169 per share. The ex-dividend date of this dividend was Tuesday, November 22nd. This represents a $0.68 annualized dividend and a yield of 2.17%. Gildan Activewear’s dividend payout ratio is currently 20.30%. 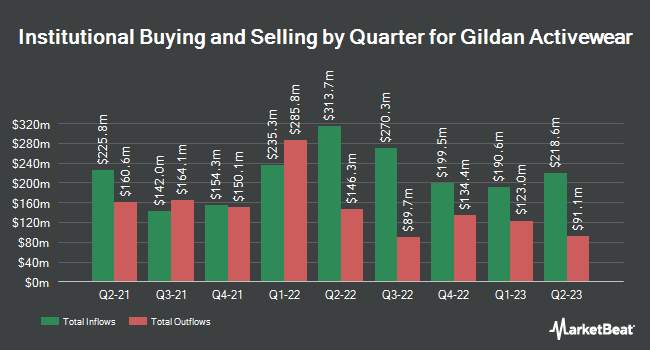 Head to Head Contrast: International Consolidated Companies vs. Its Peers