BANC has been the topic of several research reports. StockNews.com lowered Banc of California from a “buy” rating to a “hold” rating in a research note on Tuesday, January 10th. Wells Fargo & Company cut their price target on Banc of California from $22.00 to $20.00 and set an “overweight” rating on the stock in a report on Thursday, December 15th. Finally, Stephens upped their price target on Banc of California from $17.00 to $19.00 in a report on Monday, November 28th. Three analysts have rated the stock with a hold rating and one has given a buy rating to the company. According to MarketBeat.com, the company presently has an average rating of “Hold” and a consensus target price of $20.75.

The firm also recently disclosed a quarterly dividend, which was paid on Tuesday, January 3rd. Stockholders of record on Thursday, December 15th were issued a $0.06 dividend. The ex-dividend date was Wednesday, December 14th. This represents a $0.24 dividend on an annualized basis and a dividend yield of 1.39%. Banc of California’s payout ratio is currently 15.09%. 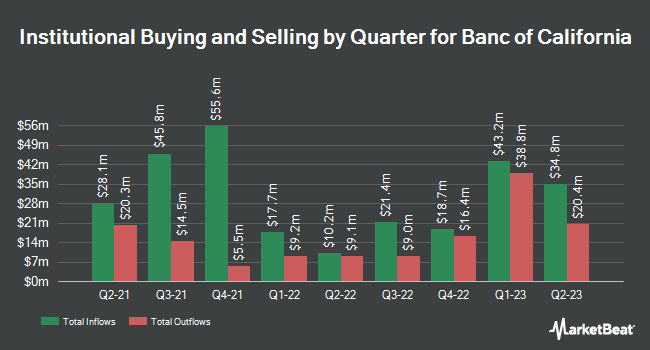