Topaz Energy (TSE:TPZ – Get Rating) had its target price decreased by Scotiabank from C$33.00 to C$32.00 in a research note released on Tuesday morning, BayStreet.CA reports.

Topaz Energy (TSE:TPZ – Get Rating) last posted its quarterly earnings results on Tuesday, November 1st. The company reported C$0.13 EPS for the quarter. The firm had revenue of C$81.68 million for the quarter. Analysts predict that Topaz Energy will post 0.86 earnings per share for the current year. 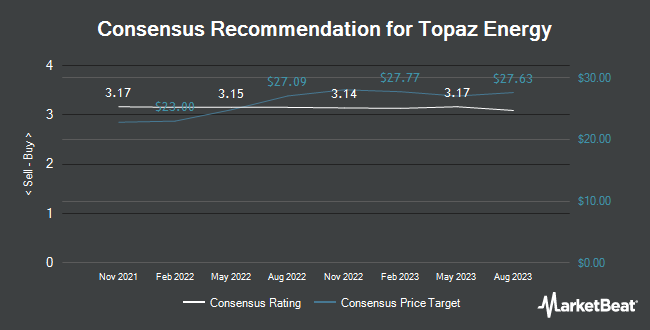