StockNews.com lowered shares of BOX (NYSE:BOX – Get Rating) from a strong-buy rating to a buy rating in a research note published on Wednesday morning.

Institutional Investors Weigh In On BOX

Box, Inc engages in the provision of enterprise content platform that enables organizations to securely manage enterprise content while allowing easy, secure access and sharing of this content from anywhere, on any device. Its products include cloud content management, IT and admin controls, box governance, box zones, box relay, box shuttle, box keysafe and automations. 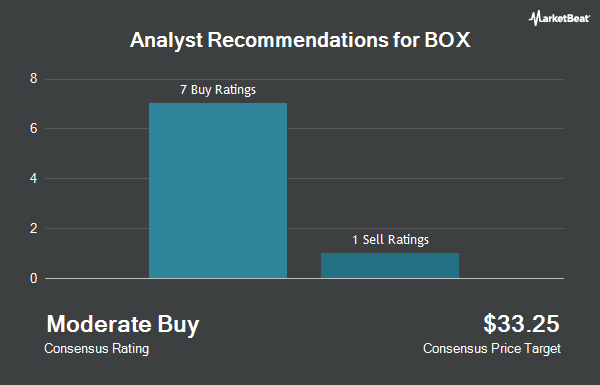