New York State Teachers Retirement System increased its holdings in shares of United Fire Group, Inc. (NASDAQ:UFCS – Get Rating) by 4.3% in the 3rd quarter, according to its most recent Form 13F filing with the Securities and Exchange Commission. The institutional investor owned 49,193 shares of the insurance provider’s stock after purchasing an additional 2,041 shares during the quarter. New York State Teachers Retirement System owned approximately 0.20% of United Fire Group worth $1,413,000 at the end of the most recent reporting period.

In related news, Director Mark A. Green acquired 1,800 shares of the stock in a transaction dated Monday, November 7th. The stock was acquired at an average cost of $28.31 per share, with a total value of $50,958.00. Following the purchase, the director now directly owns 4,205 shares of the company’s stock, valued at $119,043.55. The transaction was disclosed in a document filed with the SEC, which is accessible through this hyperlink. Corporate insiders own 5.71% of the company’s stock.

United Fire Group (NASDAQ:UFCS – Get Rating) last posted its quarterly earnings data on Wednesday, November 2nd. The insurance provider reported ($0.47) earnings per share (EPS) for the quarter, beating the consensus estimate of ($0.48) by $0.01. The business had revenue of $235.57 million during the quarter, compared to analyst estimates of $234.40 million. United Fire Group had a return on equity of 8.22% and a net margin of 5.41%. On average, analysts anticipate that United Fire Group, Inc. will post 1.27 EPS for the current fiscal year. 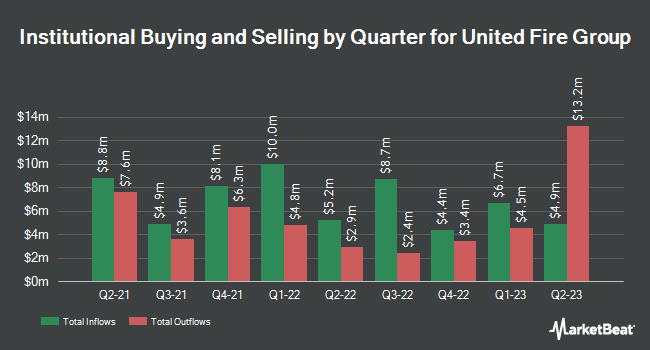 Head to Head Contrast: Conversion Labs and Its Competitors