Dupont Capital Management Corp increased its holdings in Carlisle Companies Incorporated (NYSE:CSL – Get Rating) by 54.8% during the third quarter, according to the company in its most recent disclosure with the Securities and Exchange Commission. The fund owned 308 shares of the conglomerate’s stock after buying an additional 109 shares during the quarter. Dupont Capital Management Corp’s holdings in Carlisle Companies were worth $86,000 at the end of the most recent reporting period.

The firm also recently announced a quarterly dividend, which was paid on Thursday, December 1st. Investors of record on Thursday, November 17th were issued a $0.75 dividend. This represents a $3.00 dividend on an annualized basis and a dividend yield of 1.28%. The ex-dividend date was Wednesday, November 16th. Carlisle Companies’s dividend payout ratio (DPR) is presently 18.04%. 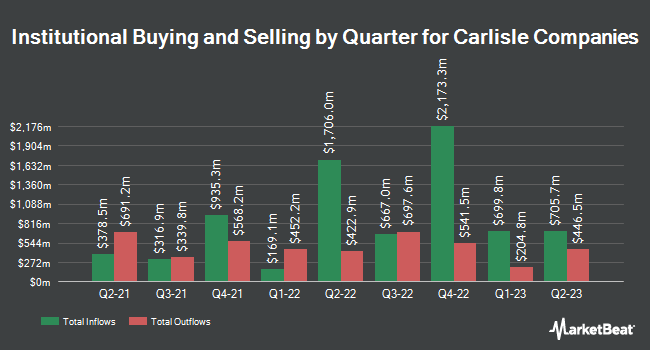