Comerica Bank trimmed its holdings in shares of Pacira BioSciences, Inc. (NASDAQ:PCRX – Get Rating) by 9.3% during the third quarter, according to its most recent 13F filing with the SEC. The institutional investor owned 35,460 shares of the company’s stock after selling 3,650 shares during the period. Comerica Bank owned approximately 0.08% of Pacira BioSciences worth $1,835,000 as of its most recent filing with the SEC. 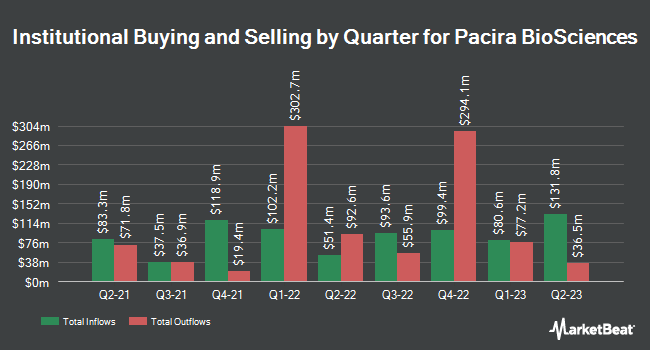