Oregon Public Employees Retirement Fund reduced its position in shares of DISH Network Co. (NASDAQ:DISH – Get Rating) by 1.5% during the third quarter, according to the company in its most recent Form 13F filing with the Securities and Exchange Commission. The institutional investor owned 113,885 shares of the company’s stock after selling 1,768 shares during the period. Oregon Public Employees Retirement Fund’s holdings in DISH Network were worth $1,575,000 as of its most recent SEC filing.

DISH Network (NASDAQ:DISH – Get Rating) last announced its earnings results on Wednesday, November 2nd. The company reported $0.65 earnings per share (EPS) for the quarter, beating analysts’ consensus estimates of $0.55 by $0.10. The firm had revenue of $4.10 billion during the quarter, compared to analyst estimates of $4.15 billion. DISH Network had a net margin of 11.24% and a return on equity of 11.81%. As a group, equities analysts expect that DISH Network Co. will post 2.63 earnings per share for the current year.

DISH Network Corp. is a holding company, which engages in the provision of pay-tv services. It operates through Pay-TV and Wireless segments. The Pay-TV segment operates under the DISH brand and Sling brand. The Wireless segment refers to the wireless spectrum licenses and related assets. The company was founded by Charles W.

Want to see what other hedge funds are holding DISH? Visit HoldingsChannel.com to get the latest 13F filings and insider trades for DISH Network Co. (NASDAQ:DISH – Get Rating). 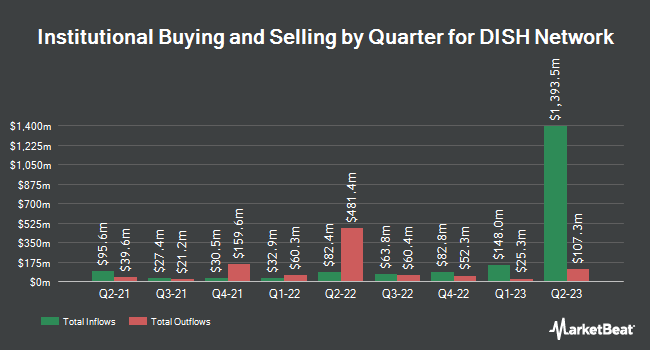 Complete the form below to receive the latest headlines and analysts' recommendations for DISH Network with our free daily email newsletter: