New York State Teachers Retirement System cut its holdings in El Pollo Loco Holdings, Inc. (NASDAQ:LOCO – Get Rating) by 44.9% during the 3rd quarter, according to its most recent disclosure with the Securities & Exchange Commission. The institutional investor owned 3,193 shares of the restaurant operator’s stock after selling 2,600 shares during the quarter. New York State Teachers Retirement System’s holdings in El Pollo Loco were worth $28,000 at the end of the most recent reporting period.

El Pollo Loco (NASDAQ:LOCO – Get Rating) last issued its quarterly earnings data on Thursday, November 3rd. The restaurant operator reported $0.14 earnings per share (EPS) for the quarter, topping analysts’ consensus estimates of $0.12 by $0.02. El Pollo Loco had a return on equity of 6.65% and a net margin of 4.42%. The company had revenue of $119.88 million during the quarter, compared to the consensus estimate of $116.55 million. Equities research analysts forecast that El Pollo Loco Holdings, Inc. will post 0.55 EPS for the current year.

Separately, StockNews.com began coverage on El Pollo Loco in a research note on Wednesday, October 12th. They set a “hold” rating on the stock. 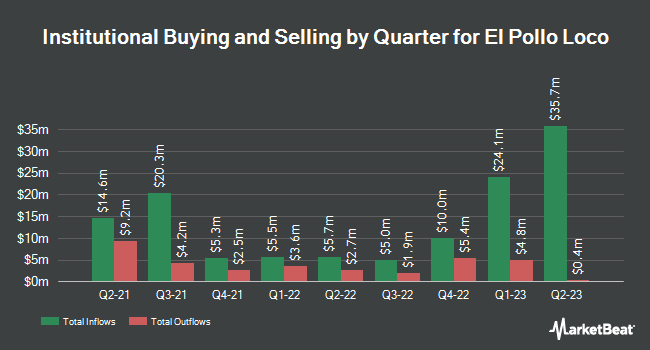