Crossmark Global Holdings Inc. decreased its position in Whirlpool Co. (NYSE:WHR – Get Rating) by 85.1% in the 3rd quarter, according to the company in its most recent Form 13F filing with the Securities & Exchange Commission. The firm owned 4,805 shares of the company’s stock after selling 27,344 shares during the quarter. Crossmark Global Holdings Inc.’s holdings in Whirlpool were worth $648,000 at the end of the most recent reporting period.

Whirlpool (NYSE:WHR – Get Rating) last issued its earnings results on Thursday, October 20th. The company reported $4.49 earnings per share for the quarter, missing the consensus estimate of $5.59 by ($1.10). Whirlpool had a return on equity of 27.65% and a net margin of 1.86%. The firm had revenue of $4.78 billion during the quarter, compared to analyst estimates of $5.15 billion. During the same period in the previous year, the company earned $6.68 earnings per share. The business’s revenue for the quarter was down 12.8% on a year-over-year basis. Analysts predict that Whirlpool Co. will post 19.25 earnings per share for the current fiscal year. 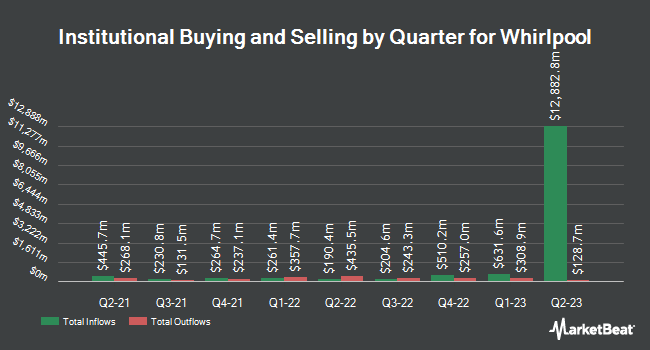