Raymond James & Associates lessened its position in Old National Bancorp (NASDAQ:ONB – Get Rating) by 19.0% during the 3rd quarter, according to its most recent 13F filing with the SEC. The institutional investor owned 133,106 shares of the bank’s stock after selling 31,295 shares during the period. Raymond James & Associates’ holdings in Old National Bancorp were worth $2,192,000 as of its most recent filing with the SEC.

The firm also recently disclosed a quarterly dividend, which was paid on Thursday, December 15th. Investors of record on Thursday, December 1st were given a $0.14 dividend. The ex-dividend date was Wednesday, November 30th. This represents a $0.56 annualized dividend and a dividend yield of 3.11%. Old National Bancorp’s dividend payout ratio is presently 52.83%.

Several brokerages recently issued reports on ONB. Royal Bank of Canada upped their price target on shares of Old National Bancorp from $20.00 to $21.00 and gave the stock a “sector perform” rating in a research report on Wednesday, October 26th. StockNews.com cut Old National Bancorp from a “hold” rating to a “sell” rating in a report on Wednesday, January 11th. One investment analyst has rated the stock with a sell rating, one has assigned a hold rating and two have issued a buy rating to the company’s stock. According to MarketBeat.com, the company has an average rating of “Hold” and an average target price of $21.67. 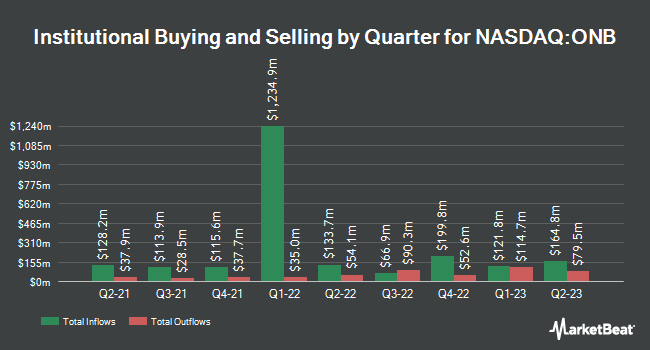 SunCoke Energy Price Target Raised to $12.00 at B. Riley

Tesla Price Target Increased to $225.00 by Analysts at Wedbush

Complete the form below to receive the latest headlines and analysts' recommendations for Old National Bancorp with our free daily email newsletter: