Guggenheim downgraded shares of Alliant Energy (NASDAQ:LNT – Get Rating) from a neutral rating to a sell rating in a research note published on Monday, MarketBeat Ratings reports. The brokerage currently has $46.00 price objective on the stock, down from their prior price objective of $50.00.

Alliant Energy (NASDAQ:LNT – Get Rating) last issued its quarterly earnings data on Monday, November 7th. The company reported $0.93 earnings per share (EPS) for the quarter, missing analysts’ consensus estimates of $1.04 by ($0.11). Alliant Energy had a return on equity of 11.12% and a net margin of 16.52%. The business had revenue of $1.14 billion during the quarter. As a group, analysts expect that Alliant Energy will post 2.79 EPS for the current year. 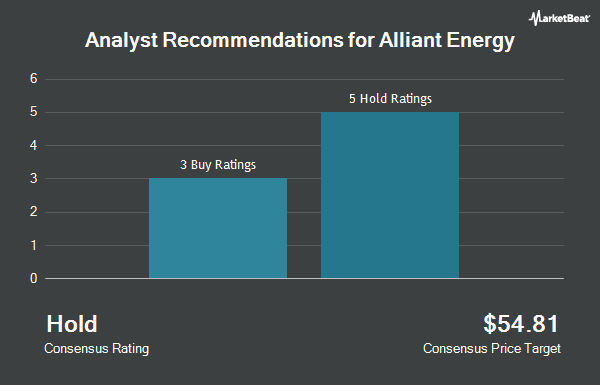