ImmunoGen (NASDAQ:IMGN – Get Rating) had its price objective raised by JPMorgan Chase & Co. from $8.00 to $9.00 in a research note issued to investors on Monday, Benzinga reports. The firm currently has a neutral rating on the biotechnology company’s stock.

ImmunoGen (NASDAQ:IMGN – Get Rating) last released its quarterly earnings results on Friday, November 4th. The biotechnology company reported ($0.31) EPS for the quarter, missing analysts’ consensus estimates of ($0.26) by ($0.05). The company had revenue of $15.38 million during the quarter, compared to analysts’ expectations of $11.81 million. ImmunoGen had a negative net margin of 210.33% and a negative return on equity of 75.89%. Research analysts predict that ImmunoGen will post -0.94 EPS for the current fiscal year.

Hedge Funds Weigh In On ImmunoGen 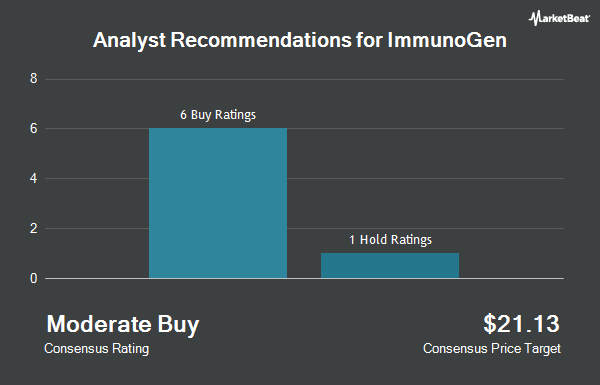