Mohawk Industries (NYSE:MHK – Get Rating) had its target price raised by Loop Capital from $95.00 to $110.00 in a research note released on Monday morning, The Fly reports. They currently have a hold rating on the stock.

In related news, insider Suzanne L. Helen sold 10,000 shares of the stock in a transaction that occurred on Monday, December 12th. The stock was sold at an average price of $103.20, for a total transaction of $1,032,000.00. Following the completion of the transaction, the insider now directly owns 15,953 shares of the company’s stock, valued at $1,646,349.60. The sale was disclosed in a legal filing with the Securities & Exchange Commission, which is accessible through the SEC website. Insiders own 17.40% of the company’s stock. 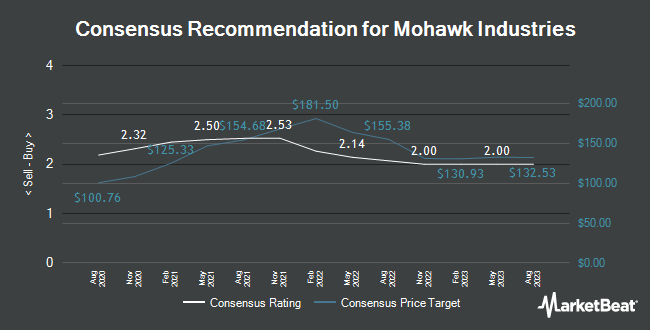