Universal Music Group (OTC:UMGNF – Get Rating) had its target price increased by Credit Suisse Group to €25.50 ($27.72) in a research note published on Monday morning, The Fly reports.

Universal Music Group N.V. operates as a music company worldwide. It operates through Recorded Music, Music Publishing, and Merchandising & Other segments. The Recorded Music segment discovers and develops recording artists, as well as markets and promotes their music across various formats and platforms; and engages in the live events, sponsorship, film, and television operations. 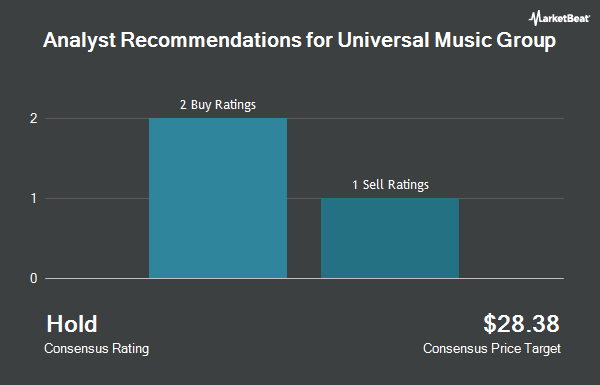 Complete the form below to receive the latest headlines and analysts' recommendations for Universal Music Group with our free daily email newsletter: