Canadian National Railway (TSE:CNR – Get Rating) (NYSE:CNI) last issued its quarterly earnings data on Tuesday, October 25th. The company reported C$2.13 earnings per share for the quarter, beating analysts’ consensus estimates of C$2.02 by C$0.11. The firm had revenue of C$4.51 billion during the quarter, compared to analyst estimates of C$4.34 billion.

In other Canadian National Railway news, Senior Officer Donald K. Reardon sold 9,280 shares of the company’s stock in a transaction that occurred on Tuesday, November 22nd. The stock was sold at an average price of C$168.25, for a total transaction of C$1,561,341.33. Following the completion of the sale, the insider now directly owns 20,531 shares of the company’s stock, valued at approximately C$3,454,299.44. 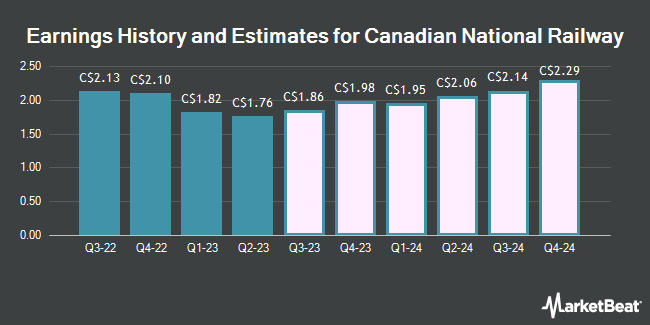