Oregon Public Employees Retirement Fund lowered its stake in shares of Atlas Air Worldwide Holdings, Inc. (NASDAQ:AAWW – Get Rating) by 3.4% during the third quarter, according to its most recent Form 13F filing with the Securities and Exchange Commission (SEC). The institutional investor owned 8,634 shares of the transportation company’s stock after selling 300 shares during the quarter. Oregon Public Employees Retirement Fund’s holdings in Atlas Air Worldwide were worth $825,000 at the end of the most recent reporting period.

Separately, StockNews.com started coverage on Atlas Air Worldwide in a report on Wednesday, October 12th. They issued a “hold” rating on the stock. Five research analysts have rated the stock with a hold rating, Based on data from MarketBeat.com, Atlas Air Worldwide has an average rating of “Hold” and an average price target of $95.13.

Atlas Air Worldwide Holdings, Inc, through its subsidiaries, provides outsourced aircraft and aviation operating services. It operates through two segments, Airline Operations and Dry Leasing. The company offers outsourced cargo and passenger aircraft operating solutions, including contractual service arrangements, such as the provision of aircraft; and value-added services, including crew, maintenance, and insurance to aircraft and other customers.

Want to see what other hedge funds are holding AAWW? Visit HoldingsChannel.com to get the latest 13F filings and insider trades for Atlas Air Worldwide Holdings, Inc. (NASDAQ:AAWW – Get Rating). 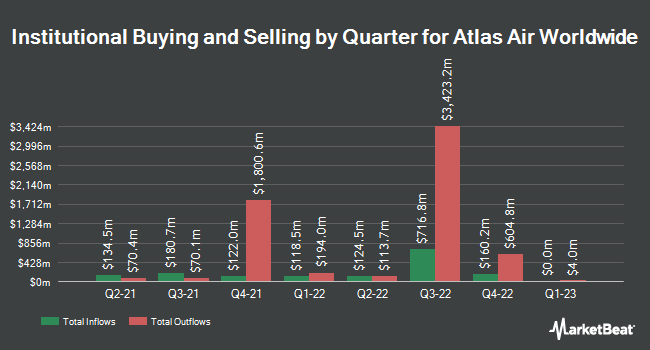 Complete the form below to receive the latest headlines and analysts' recommendations for Atlas Air Worldwide with our free daily email newsletter: