Sea Limited (NYSE:SE – Get Rating) has earned an average recommendation of “Moderate Buy” from the fifteen research firms that are covering the company, MarketBeat reports. Four research analysts have rated the stock with a hold rating and seven have assigned a buy rating to the company. The average 1-year target price among brokers that have covered the stock in the last year is $123.38.

SEA (NYSE:SE – Get Rating) last released its quarterly earnings results on Tuesday, November 15th. The Internet company based in Singapore reported ($1.02) earnings per share for the quarter, topping analysts’ consensus estimates of ($1.28) by $0.26. SEA had a negative return on equity of 41.82% and a negative net margin of 22.08%. The firm had revenue of $2.93 billion during the quarter, compared to the consensus estimate of $3.06 billion. As a group, analysts expect that SEA will post -4.49 EPS for the current fiscal year.

Sea Limited, together with its subsidiaries, engages in the digital entertainment, e-commerce, and digital financial service businesses in Southeast Asia, Latin America, rest of Asia, and internationally. It offers Garena digital entertainment platform for users to access mobile and PC online games, as well as eSports operations; and access to other entertainment content, including livestreaming of gameplay and social features, such as user chat and online forums. 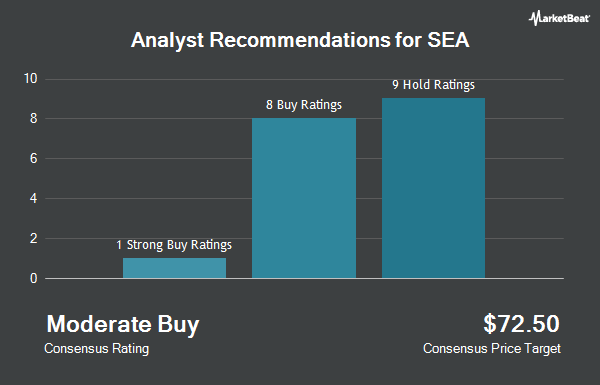 Receive News & Ratings for SEA Daily - Enter your email address below to receive a concise daily summary of the latest news and analysts' ratings for SEA and related companies with MarketBeat.com's FREE daily email newsletter.

Complete the form below to receive the latest headlines and analysts' recommendations for SEA with our free daily email newsletter: