Kirill Budayev, vice-president of Irkut Corporation, gave an update on the MC-21-300 new medium-range aircraft flight test program during the Singapore Airshow 2018 stating that flight tests confirm to the correctness of key design and production solutions.

Since the beginning of flight tests in late May 2017, the aircraft has carried out more than 30 flights. In October 2017, MC-21-300 made a non-stop flight from Irkutsk Aviation Plant (IAP) to the airfield of the Flight Research Institute, located near Moscow. Here, a modern testing base has been installed, on which the debugging and certification flight tests will take place.

The second experimental plane of MC-21-300 had been assembled at IAP and is being prepared for the first flight. The third and fourth experienced aircraft are in different stages of production. To obtain type certificate, some 1000 flights are needed to be performed of the prototype MC-21-300.

Applications for aircraft certification have been submitted to Russian certification authorities and EASA. According to current schedule, the Russian type certificate for MC-21-300 will be received in 2019, a similar EASA document - in 2020.

A significant volume of tests is connected with the wide use of composite materials in the construction of the MC-21 aircraft.

In December 2017, the composite wing caisson successfully passed the static tests, demonstrating a significant margin of safety as per the design loads.

The wide use of composites and other innovative solutions are intended to provide the aircraft of the MC-21 family with the superiority in performance and economy over existing narrow-bodied aircraft. 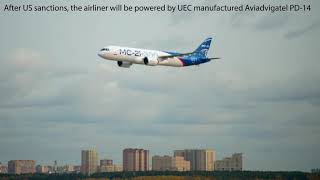 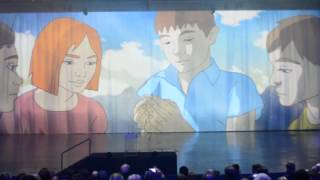 Egypt increased its 24 Rafale aircraft order with Dassault Aviation to 54 by signing up to buy 30 more jets...

The F-35 Joint Strike Fighter (JSF) does not feature in a list of aircraft to be displayed at the Dubai...

Interview with Maria VOROBIEVA, Director for Public Relations of Kalashnikov, Russia, to Defenseworld