WH Smith (LON:SMWH – Get Rating)‘s stock had its “outperform” rating reissued by investment analysts at Royal Bank of Canada in a research report issued on Tuesday, MarketBeat.com reports. They presently have a GBX 2,100 ($26.23) price objective on the stock. Royal Bank of Canada’s price target would indicate a potential upside of 46.24% from the company’s previous close.

WH Smith PLC operates as a retailer in the United Kingdom and internationally. It operates in two segments, Travel and High Street. The Travel segment offers news, books, and convenience for travelling customers. As of August 31, 2021, it operated 1, 166 units primarily in airports, hospitals, railway stations, motorway service areas, and workplaces. 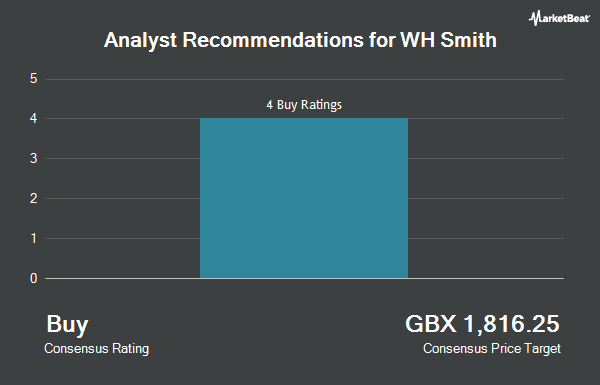 $113.07 Million in Sales Expected for Century Casinos, Inc. This Quarter

$309.17 Million in Sales Expected for Paycom Software, Inc. This Quarter

Complete the form below to receive the latest headlines and analysts' recommendations for WH Smith with our free daily email newsletter: