An almost inexhaustible flow of weapons to the two main fighting sides in the Libyan conflict has made peace a fragile commodity in Libya.

The liberal deployment of heavy and expensive weapons- tanks, armored vehicles, drones, helicopters and electronic warfare equipment- despite a United Nations embargo show the high stakes game that is ongoing in Libya and why no one wants to give up.

It also shows the utter powerlessness of the UN to impose its embargo or use its influence to stop the fighting.

Most recently, Egypt has moved some 18 M1A2 Abrams tanks towards the border with Libya in what looks like an attempt to boost the declining fortunes of warlord Khalifa Haftar-led Libyan National Army (LNA).

The Libyan Government of National Alliance (GNA) was established in 2015 under an UN-led political deal. Ever since, the GNA has been under attack by LNA forces which is backed by Egypt, United Arab Emirates (UAE), Russia and Saudi Arabia while the GNA enjoys support from Turkey and Qatar.

While Haftar forces made rapid gains since 2019, the LNA’s fortunes took a beating since March this year when Turkey joined the Libya war party.

By mid-2020, Haftar’s Army has lost almost all of the territory it had gained since the beginning of its Tripoli offensive earlier in the year.

GNA has recaptured al-Watiya base and Tripoli International Airport from LNA’s grip.

A spokesman said the forces are now trying to liberate Sirte, a city east of Tripoli, which Haftar's forces took over in January.

The United States has accused Russia of deploying Wagner Group mercenaries (based out of Russia) equipped with light artillery, a charge Moscow denies. The mercenaries could well be acting on their own lured by $2500 a month pay which the LNA reportedly offers.

Turkey too is believed has sent in mercenaries to fight on the side of the GNA besides sending army regulars to advise GNA troops and the militias supporting them. Besides, Turkey is dominating the air thanks to its F-16 fighters, drones and electronic warfare assets. 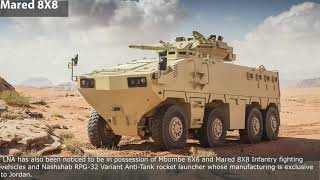 With Azerbaijan and Armenia accusing each other of destroying equipment and killing troops as well as civilians only for it...