Falcons of Russia (Sokoli Rossii) aerobatic team performed demonstration flight on Su-30SM aircraft (instead of Su-27 jets) for the first time in October 2014. 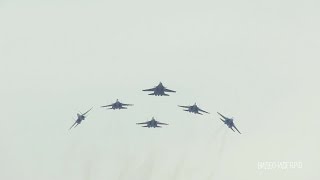